When we think of bullying, our thoughts immediately go to students bullying other students, a behaviour that has been seen in schools across the island for many years. Children are known to tease their peers, they call them by funny or cruel names, they hurl insults at each other and some are so damaging that they can demoralise a child and bring her or him to tears. Bullies use anything to bully another child and it can be religion, race, how someone speaks, walks or even dresses and sadly they even bully special needs children.

Bullies are getting worst and they are have also resorted to using social media as a bullying tool and several children face embarrassment from cyber bullying.

Bullying has resulted in several fights among school age children and even suicides and it is a big concern for schools and parents. There is however another form of bullying that gets little attention although the problem is just as common as child on child bullying. Teacher bullying, a rampant condition across schools worldwide, enjoys an almost untouchable position as a teacher screams at a child, threatens him or her, or use biting sarcasm to humiliate a child in front of the class. Teacher bullying can be defined as, ‘using power to punish, manipulate, or disparage a student beyond what would be a reasonable disciplinary procedure’. I recall speaking to a group of young students about the behaviour of a teacher whose aggressive behaviour towards students earned her the description of ‘militant’. “She likes to shout and throw things at you and hit you, but she doesn’t mean anything by it”, one young lady said with the other three nodding in agreement. It appears that the behaviour is so common that it might be accepted as normal by the teachers themselves and children, who dare not challenge their teacher.

I recall an incident when a student refused to accept teacher bullying when she was instructed by the teacher to pick up the garbage dropped by another student. The child was humiliated in front of her class mates and the teacher reported the incident to the principal who added to the bullying. Using her role as principal, she dished out unreasonable punishment to the child by insisting that the child pick up the garbage left by over a hundred children after the lunch break and she was told to do so for one week. When the child again refused to be so bullied, she was suspended from school and eventually expelled while her only crime was to deject teacher bullying. What was remarkable about the incident is that teachers, who did not agree with the treatment given to the child, were not free to speak out and the child was subjected to the torment and ills of bullying in the worst form and from people that should have been protecting her.

In another incident of teacher bullying, a teacher reported that she was kicked and spat on by a student and a report was even made to the police, but the incident never happened.

While the report was grossly incorrect, investigations revealed that the teacher bullied the child when she provoked her, insulted her and was the person to make the first physical contact with the child, who only defended herself against teacher bullying. As in the first case, this child was also expelled from school as education authorities failed to deal with teacher bullying even though it was destroying a child.

As students returned to school earlier this month, one set of ‘year five’ girls in a school was threatened to change their shoes to the teacher’s preferred brand or face expulsion. A parent went as far as contacting the Ministry of Education and as usual, no help was forthcoming. While the school remained tight lipped on the matter, parents who wanted something done about it, contacted me and I spoke out about it in the media. Fortunately, the matter was dropped by the school as they might have realised that the parents were not prepared to accept being bullied into the expense of a teacher's taste. Of course, we would never know if the teacher was reprimanded but most likely, that did not happen as no apology was offered to parents. Parents have also expressed concerned over teacher bullying as teachers threaten to lash children for one reason or another, but their voices are usually silenced by more bullying when education authorities insult them or turn them away from their offices while they refused to intervene and deal with teacher bullying. While there are a large number of wonderful teachers who care admirably for the children, some teachers are notorious bullies and they express bullying in various ways in the classroom, sometimes even refusing to give adequate explanations to students.

Teacher bullying not only affects the students, but it puts a strain on families as they attempt to get fairness for their children and many times the solution is to ask the child to ignore the teacher, accept the behaviour and pray that he or she gets out of the teacher’s way. No child in any school should have to accept the wrath of any teacher, insults from a teacher or any kind of behaviour or punishment that infringes on their fight to an education in a comfortable and peaceful environment.

Children are in a vulnerable position and are ill-equipped to fight teacher bullying on their own. In the cases mentioned, each child needed the help of an attorney to deal with the matter and to remove the permanent damaging remarks on their records and to declare their innocence. That was not possible in those cases and it is usually unlikely as it brings financial burdens on the family that might be already cash strapped.

Parents however, can do a lot more to stop teacher bullying. While there is a fear of further victimisation, parents tend to sweep way too many issues under the carpet to avoid victimisation, but they would do a better job if they come together to support each other and demand better for their children.

First they must listen to children or watch for signs that might indicate that the child is being bullied. Some children do not report bullying, as they have practiced to stay quiet as a means of escaping the bullying. Children should be encouraged to speak out and their concerns must be taken seriously. Every incident should be documented and a support system of parents and child advocates can work to save children from the ordeal of teacher bullying which has very unpleasant outcomes each time it happens.

The teachers have a union that defends them, they group together and the Ministry usually sides with them. Who defends the child? If we as parents and advocates do not stand up and speak out for our children, the victimisation that we can stop will continue and more and more children and especially children from low socio-economic groups will bear the cost of teacher bullying. 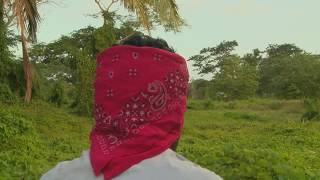